So we have been on this jaunt for 3 weeks and I had my first day of feeling totally knackered at the end. But it was a stunning day’s ride with all the ingredients that make cycle touring unpredictable, frustrating and superb. 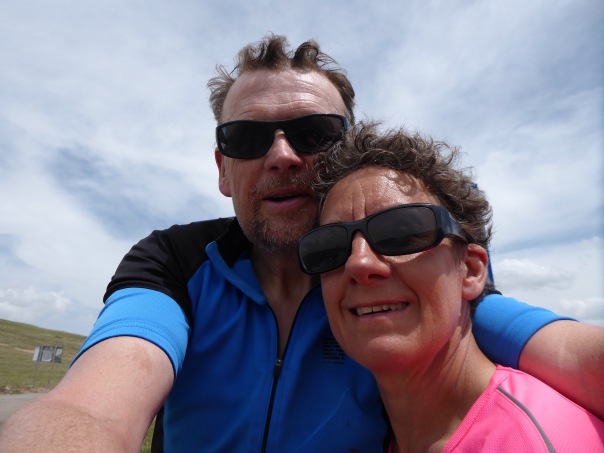 We woke in the middle of the night to a wind and rainstorm and needed a few extra guy ropes to stop waking up in a different field. However that passed and there were blue skies in the morning, provided we looked westward. Looking eastward was still grey and threatening. 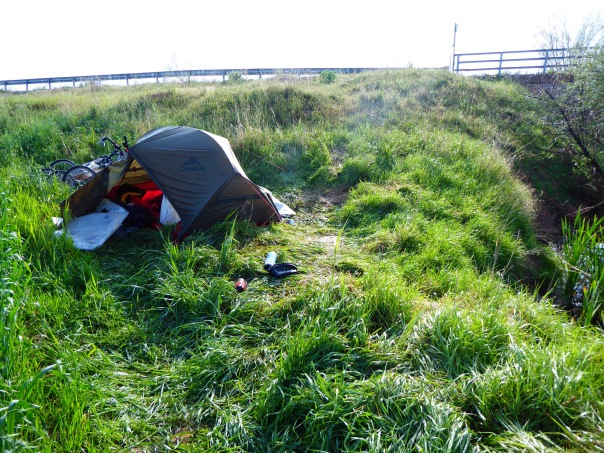 We packed up and got on the road by 8, which was not bad for a disturbed night. Then a slow climb out of the town on a deserted main road. We got to 1650m and felt we were making progress and then, somewhat to our surprise, started to descend. The next 20km were all downhill into a lovely valley as the road followed a river. Maps show roads following rivers but, without contours, it takes A level geography to work out which way they flow. I got this one wrong and enjoyed the road descending to 1400m. However nagging at the back of my mind was the concern that we had a 1950m pass to surmount and that every metre down was another one to climb. 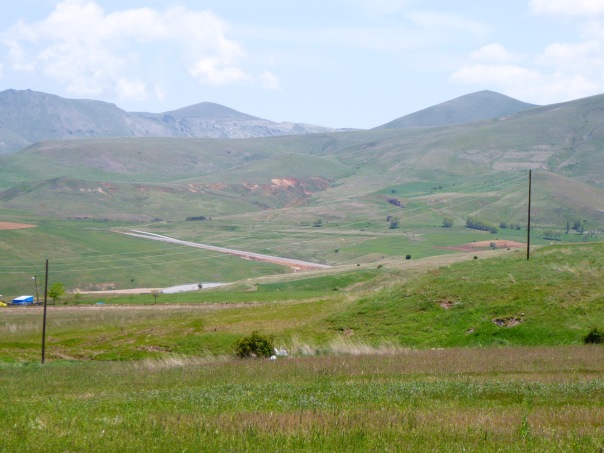 Finally we reached a village where the river went one way (with a railway) and the road went another – and so we reacquainted ourselves with bottom chain ring. The next 20km were mostly a steady climb of varying levels of steepness. The landscape changed as we climbed, with a more mountainous feel. But there were cultivated fields on both sides of the road all the way up. 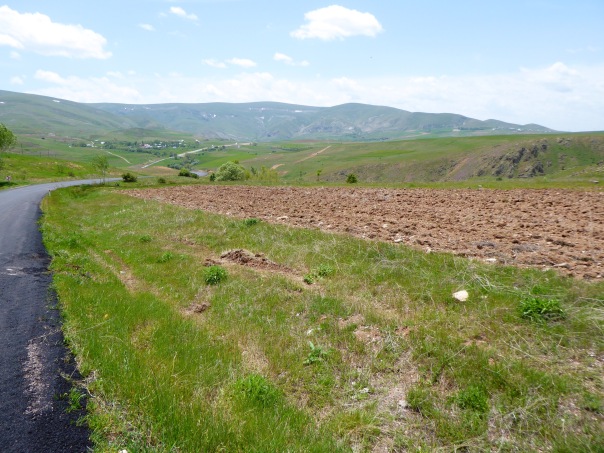 Elevenses was a “DIY” cafe as we brewed coffee on the side of the road at 1700m. Just 250m climbing to go we thought and felt we were making progress. But then the upsi-downsi part started. Over the next 20 km we climbed a further 400m and made about 100m net progress – really frustrating. There were little villages throughout the route – even though this must be seriously harsh conditions in winter with snow on the ground for more than half the year. The growing season must be short and, even in May, there were patches of snow on the hills above the villages. 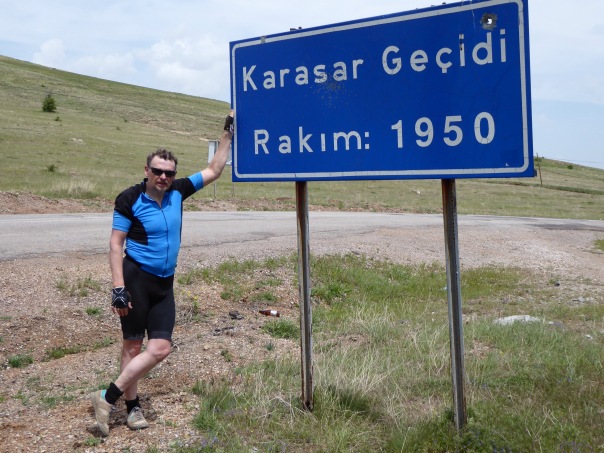 The top was a classic pass between peaks, and had farms and cultivated fields – even at over 6000 feet above sea level! Then we descended – and boy did we descend. The road dropped from 1950m to 1000m over the next 15km. 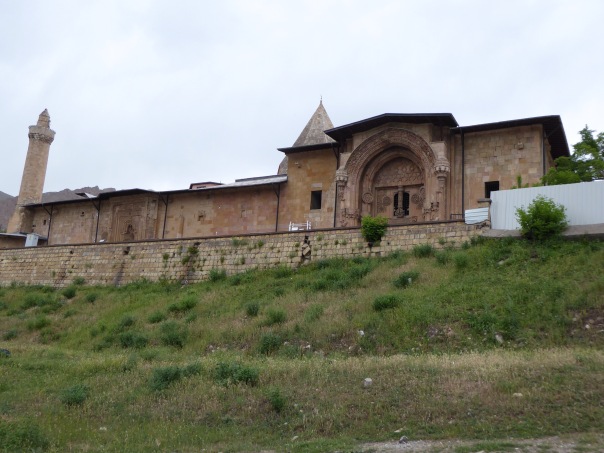 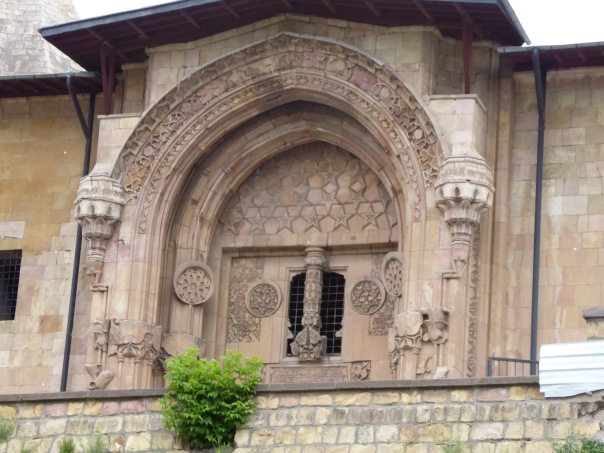 Divrigi is a pleasant little town of some wealth, sitting in the mountains around it and serving the local area. It has a C12th mosque and hospital which has spectacular porticos and is on UNESCO’s World Heritage List – and was part of the reason we included this on our route. The UNESCO listing may explain the considerable funding which has been provided for restoration works and so explain why it was closed when we attempted to visit. There was a sign which said something about the mosque being open until 6pm but, at 5.30pm when we went, it was very clearly in lock down. However we looked at the outside and saw how splendid it was and will become once re-opened.
A meal of kebaps (we were the only diners since others must have found out about the closed mosque), tea at a teashop and baklava from a baklava shop ended off the evening.