We woke in our second floor little room and packed before breakfast.  The diligent Imperial College students were finishing their work before starting on the second week of their field trip in Glencoe.  They worked til 9pm at night, and later for some, having been out on the fells all day.  Such diligence and politeness was never noted amongst students in my day but they were astounding. 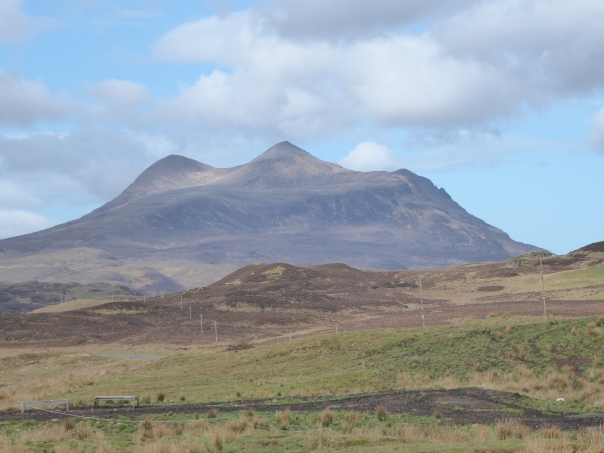 We set off by 9 with the weather overcast and had a slight headwind for the 60m climb up to the loch.  This retraced our steps and so meant climbing the 4 mile downhill section of the A837 that we had so appreciated 36 hours before.

At Ledmore junction we left the Ullapool road and continued on the A837 in a south-easterly direction.  The wind was with us and the road was broadly flat.  We ambled along the single track road which had virtually no traffic at all.  The scenery was breathtakingly beautiful and it all felt very remote. 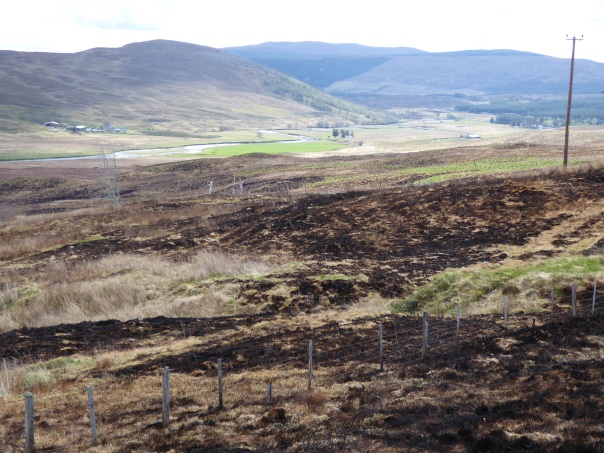 After about 16 miles we got to the watershed between the East and West Coasts and, of course, descended.  It was one of those lovely descents, following the River Oykel valley, which is steep enough to pick up speed without pedalling, but never made the bike run so fast that we needed to brake.  After about 3 miles we got to Oykel Bridge, where there was (by complete coincidence) the Oykel Bridge Hotel.

It served great coffee and we chatted to a Mancunian retiree who was walking the Cape Wrath trail and a younger Dutchman who was doing the same, but having a day off after  continuous days walking.  The trail runs from Fort William to Cape Wrath in the North East corner of Scotland.  There is no “route” as such and often no paths on the trail most people follow.  For details see https://www.walkhighlands.co.uk/cape-wrath-trail.shtml and be impressed with these hardy walkers, some of whom are well into retirement.  We chatted and then said our goodbyes, only to find the nice Dutchman, whose name we never got, insisted on paying for our coffee.  Thank you kind sir! 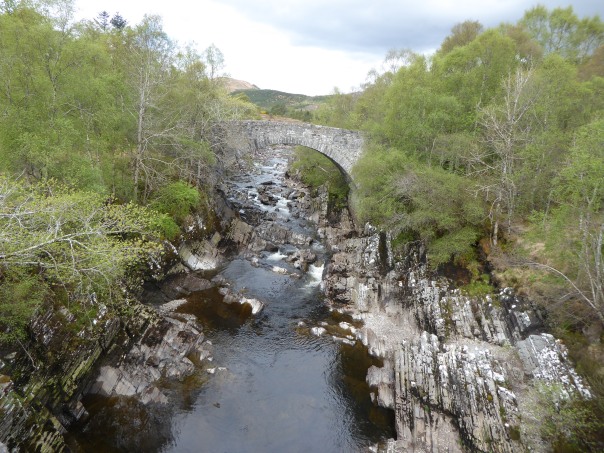 Then it was up a bit and down a bit and up a bit more as we followed the valley towards the sea.  We bypassed “Lairg which had a significance for me as I was the Junior Minister to Lord Irvine of Lairg – a man with colossal abilities, vast intellect, great integrity as well as a few faults of near equal proportions.  If his Lordship had been in, we might have diverted to visit his baronial pile but we assumed (maybe wrongly) that he was not and followed the Oykel valley as it meandered to Bonar Bridge instead. 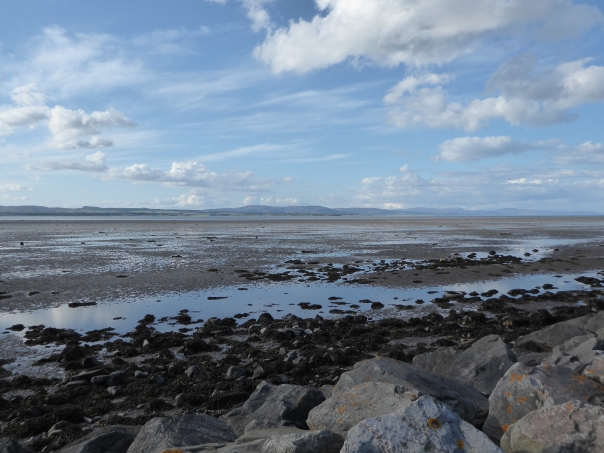 Lunch was a brew up in a park by the now calm river, supported by provisions from Spar.  Then we followed the banks of river as it became an Estuary to Tain.  Tain is a pleasant town, with old buildings and the Glenmorangie Distillery.  That is pronounced “Glen – moran – gie” not “Glen – more – angie”, we soon learned.

Our overnight stay was an AirBnB  studio apartment on the beach that was wonderful.   We went for a lovely foreshore walk as the sun descended and picked out birds with the binoculars – or tried to.  It is a hard life this cycling – I am sitting in a lovely apartment overlooking the estuary having been for an evening walk, with a glass of wine and double smoked scotch salmon, purchased in Stornoway and carried here.  Good night.