(David is writing this). I am writing this on a ferry from Istanbul to Yalova, just across the bay. The sun is shining, it’s Sunday morning and the bikes all seem OK.Yesterday the wonderful Geoff Elliott got up at an impressively early hour to get us to Birmingham Airport.

The flight was a flight – not great but not bad. The business of packing up the bikes and getting and getting them into bags is now very familiar; even if we have not done it for 9 months since the end of the last trip. 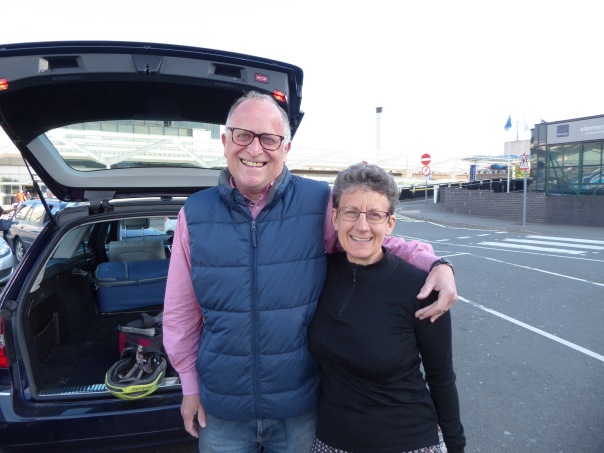 As we left the plane in Istanbul we got that hair dryer feeling – walking into heat that we had not experienced for months and feeling it had come from an artificial source. But it was just how it was and how it will be for the next 6 weeks. We packed up the bikes and found that Bernie’s saddle was partially broken. A repair job with string and ingenuity, and we were on our way.

Getting out of airports the world over involves cycling on a motorway type road, and so inevitably, as we pulled over, the police came to investigate. They were friendly but their first question to me was “How old are you”. The implication from this immaculately presented 30 year old Turkish copper was “What is someone of my Dad’s age doing on a bicycle!”. They also wanted to know where we were going and what we thought of Turkey – so we repeated the often expressed view that we were in the most wonderful place in the world (at least until tomorrow when the geography will slightly change).

A 20km into the Sultanahmet area and back to the small but grandly named “World Heritage Hotel” where we were greeted like returning friends. Perhaps there have not been too many English cyclists staying since we were last here, so there was no danger of confusion. We were also greeted as returning friends at the same restaurant, which is frankly more impressive. 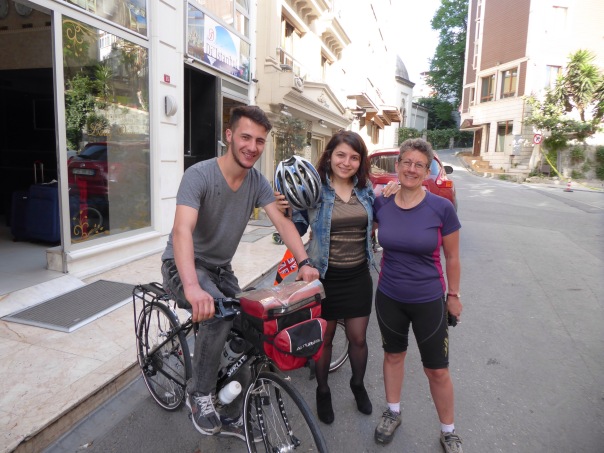 I had worked most of the previous night to get the last of my jobs done. The solicitor who got my written advice that was completed at 4am knows who he is, is probably reading this and I can only hope he will recognise the time the advice was written by its quality. But QC references all done, the last of the item on the To Do list was completed at about the time that the sun came up. So by last night I was fairly knackered but it’s good to be here.