We said our goodbyes to our wonderful hosts, Charlotte and Adam, as well as Amanda and Natasha who were on their way up to north of Lochinver to search for long lost relatives and evidence of past relatives (who left Scotland for Nova Scotia – presumably in one of the episodes of  Highland clearances – and eventually made their way to New Zealand).  A & N are sisters, great company and stimulated conversation that got the grey cells whizzing around.  A lovely stay in Charlotte and Adam’s house where they made us feel like friends who were being welcomed after only a few minutes.  We did not get going until about 10, which just shows how good the coffee was!

The first part of our ride was along the southern shore of Loch Tay.  We thought – it will be beautiful and reasonably flat – and were right about the first and so, so wrong about the second.   The views were stunning and we played “dodge the rain” successfully all day.  But there were lots of ups and downs – probably about as many of each – as the road meandered along the hillside overlooking the loch. 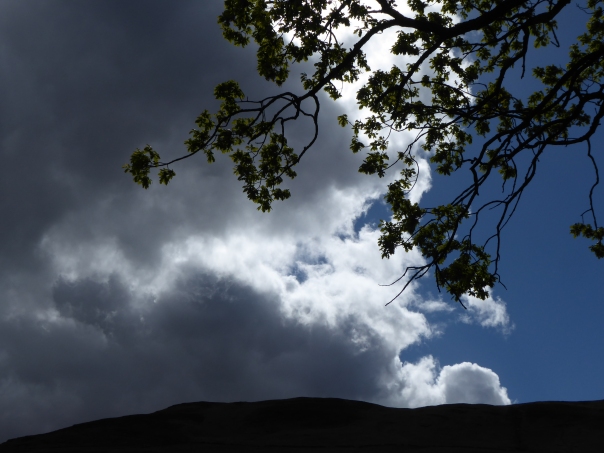 After 15 miles we reached the tourist village of Killin (without any evidence that the village lived up to its name).  By this point we had done as much climbing as we had done at he same point – i.e. before coffee – as we had in ascending up to Glenshee to 670m the day before.  The difference was we were still at the level of the loch!  So we stopped at the Capercaillie Cafe and had coffee and scones to console ourselves. 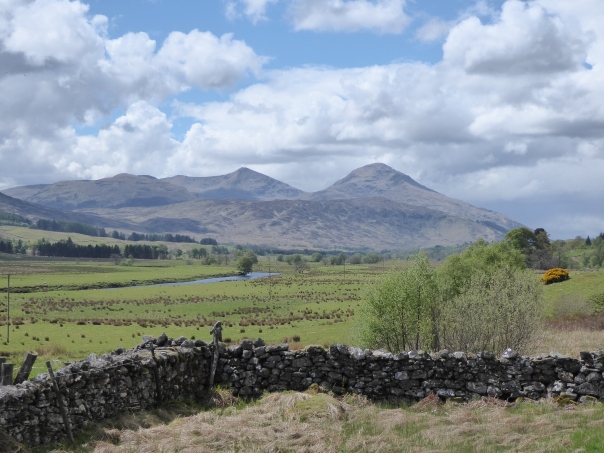 Then it was a lovely side road for 8 miles along Glen Dochart.  The stunning scenery on both sides of the Glen continued for miles upwards – or so it seemed.  But the quiet road came to an end and so we had to plod along the main A85 for the final 8 miles to Crianlarich.  This was our first stretch on a busy road since being in Scotland so, after hundreds of miles of back roads, we could hardly complain at a few trucks.  But there was, of course a headwind (not as bad as yesterday but still there) and so we kept our heads down and plodded on to the town.  Of course we did complain – it would not be cycling without a few complaints! 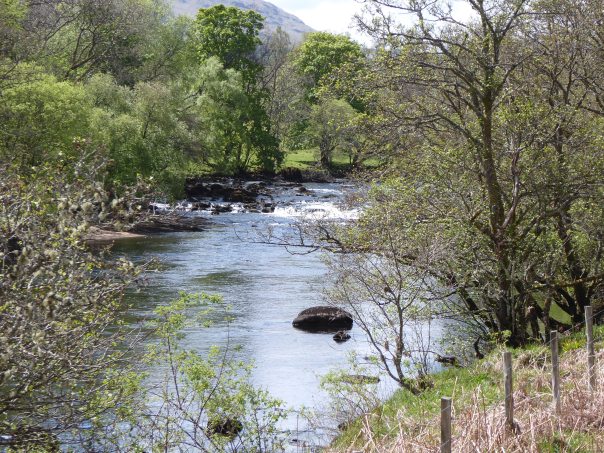 Crianlarich is where the main road from Glasgow going north meets the main road from Inverness going west.  It is a junction sort of place, but lives under the shadow of the magnificent Ben More and was full of walkers (mostly in their 60s or older).  The youngsters are probably limited by school holidays but the place was full of the walking variety of coffin cheaters (see earlier in this trip for an explanation) A quick lunch and we were on the way up  always up – to Tyndrum.  The road was busy but the wind was with us going north and so we covered the 5 miles very quickly.  At one point we strayed onto a bike path but it was clearly meant for mountain bikers more than us roadies, and so we re-emerged onto the road. 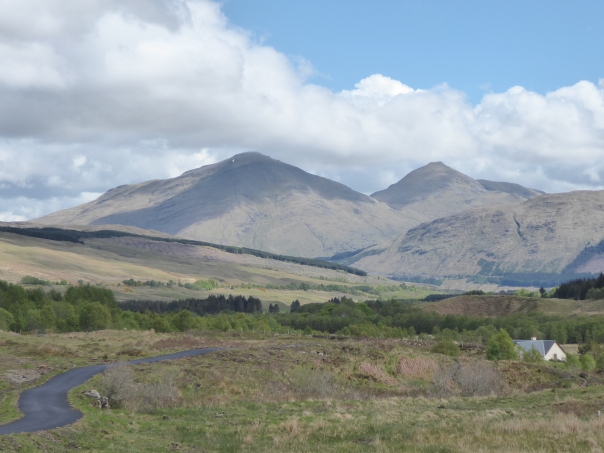 Then we had a glorious descent for 11 miles along Glen Lochy to Dalmally, dropping from 275m to 40m along the way.  Largest chain ring, ambling along and even the opposing wind was more than compensated for by the gradient.  The views were fantastic as the pictures show and then to the B & B for tea. 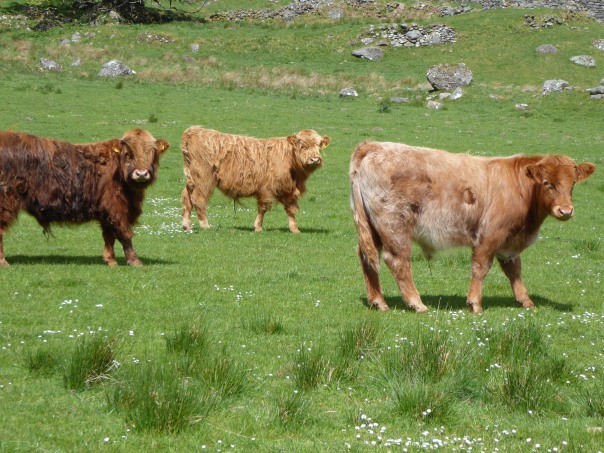