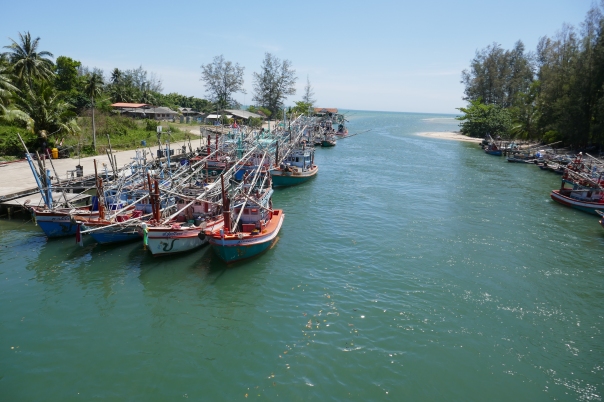 There is a really good reason why we have never tried to cycle 120km in a day in the first week of any of our tours – it is because we are not strong enough to do so! But today we had little choice apart from having a long day because of where accommodation was located and our feeling that we were not yet ready to camp as we still needed to get out of the heat and humidity at the end of the day.

The day did not start brilliantly as the routes had not made their way on the cycle computers (Wahoos for those of geekish disposition). The reason was probably the fact we were working off a very weak wifi signal and it just did not play ball. Technology is great when it works but evil when it fails us. Anyway 30 minutes of IT faffing sorted it. By now it was 6.45am and we had lost most of the first hour of sunlight. It was also predicted to be several degrees hotter than yesterday, so we were already slightly concerned as to how the day would work out.

The first 40km were great – quiet roads, often cycling through shaded coconut groves. Then we hit the pleasant little town of Bang Saphan. Just outside was the first hill – not just of the day but the first since Bangkok. It was only about 60m of climbing which was nothing for anyone from Worcestershire. But Worcestershire does not have 30+ degree heat and high humidity at 9.30am (or possibly never). 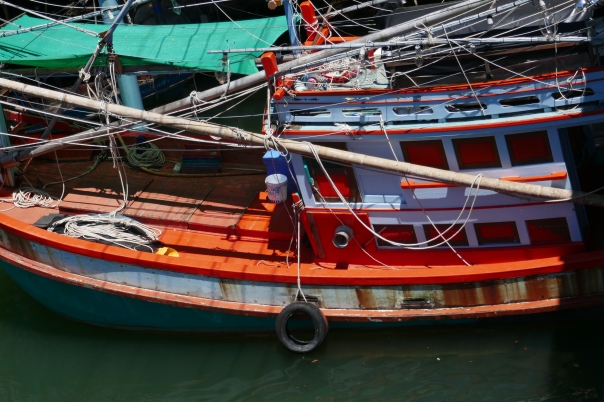 We struggled to the top – the 4% gradient feeling much steeper. Then down and into more quiet countryside on the way south. By about 11.30 it was stiflingly hot – the Wahoo said 43 degrees C and the constant up and downs were getting to Bernie in particular. She began to feel that distinctive type of “cyclist’s head in the heat” which we have all experienced but none of us can describe. Eventually we found a small shop with a seating area. It sold egg-fried rice in pre-sorted containers for 25 baht – about 60p. Delicious and filling – and gave time for Bernie to cool a little. But the prospects of getting much further seemed low – and I was pressing her to agree to find a hotel by the beach and sit it out.

But Bernie is made of stern stuff and overcame her nascent heatstroke (which it was not) and – with me taking one of her panniers – insisted on pressing on. The wind had got up during our lunch and that, combined with 50% less luggage, gave her a new lease of life.

We ambled along and gradually made our way to Chumphon (not Trumpton as I keep referring to it). 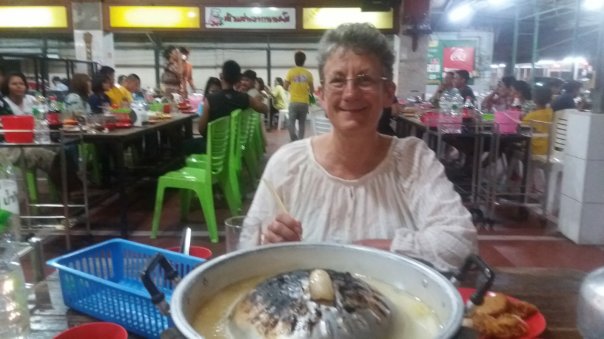 Then the unexpected highlight of the day. After resting and shopping we went out to eat but found the restaurant we wanted to try was closed. On our way back across town another way we came across “OK Buffet”. This was a really busy, all you can eat Thai wonderland.

They plonked a bucket of steaming coals on our table and then put a contraption on top which had a moat for creating your own Pho (vegetable or fish soup) and for cooking meat freshly on top. All the ingredients were available and customers cooked their own meals – going back as often as you wanted for more.

After nearly 120km in the saddle, we were tired and hungry and this was ideal. It was also great fun though we did feel a little “on show” as the only non-Thais in the vast restaurant and with staff regularly having to correct our lousy cooking techniques. But, after lots of laughs and failures, we got there and had a brilliant meal. Needless to say, the OK Buffet is not in any Guide Book!

Coming back we passed a few (empty) hostess bars, showing the seedy side of Western tourism in Thailand. We have seen little evidence of his to date but it remains a sad part of this otherwise brilliant country.