(Bernie) After my 4th Day-itis I woke feeling rested and refreshed. We had lovely coffee and Othmar’s special Swiss style muesli – delicious and perfect for cycling. We said our goodbyes and hope to return the Othmar and Jackie’s hospitality sometime back in England. We were on the road by 7 and it felt good in the cool of the morning. 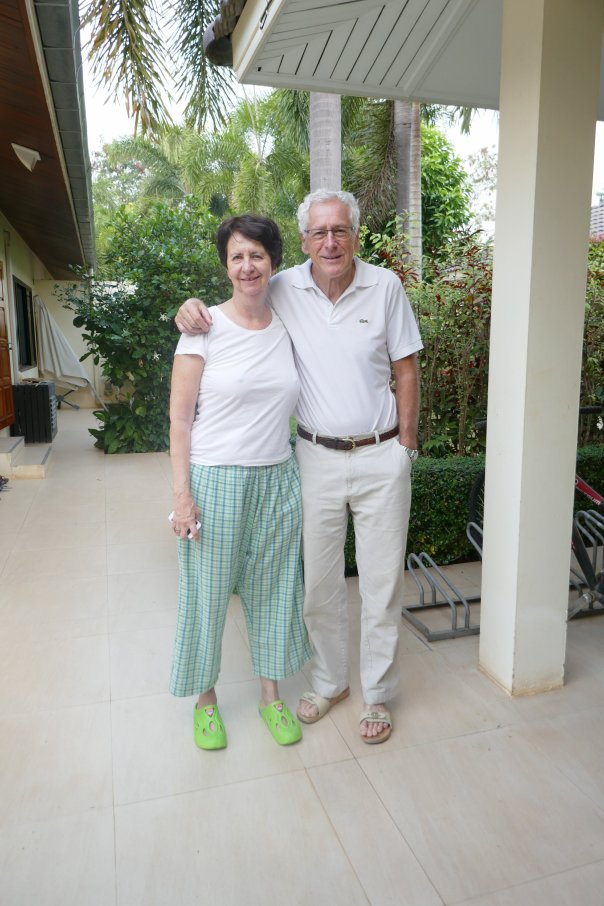 We had directions to get us onto the road out of town (not the ‘2’) but paused at the junction to check we were on the right road. I cycled off ahead and David suddenly shouted “you’ve only got one pannier!”. I looked behind and sure enough – one pannier was missing. I knew I had put both on the back so one must have bounced off. We immediately retraced out steps. I felt sicker and sicker as no pannier was seen by the side of the road, trying not to think what was missing and how we would replace things.

We bumped along the back road near to the house and just before the turning up to the house a cry came from David “there it is”. To my enormous relief there was the pannier, someone had carefully picked it up and put it by the side of the road. In our goodbyes and chatting I couldn’t have closed the clips properly and, on the bumpy road, the pannier bumped off. During breakfast Othmar had commented to Jacky as she gave us directions “you are speaking to professionals you know”. Well maybe not – or possibly even ‘professionals’ make pretty dumb mistakes sometimes. A hard lesson learnt with a lucky ending. You do need an element of obsession when travelling to check everything and check again.

Back we went again, having lost half an hour, but the morning was still cool and we were soon pedalling out of town. The road was wide and busy for about 20km but then narrowed down and became much quieter. We did not turn towards ‘Kensington’ or “My Ozone’ but passed through many small villages passing fields of sugar cane. 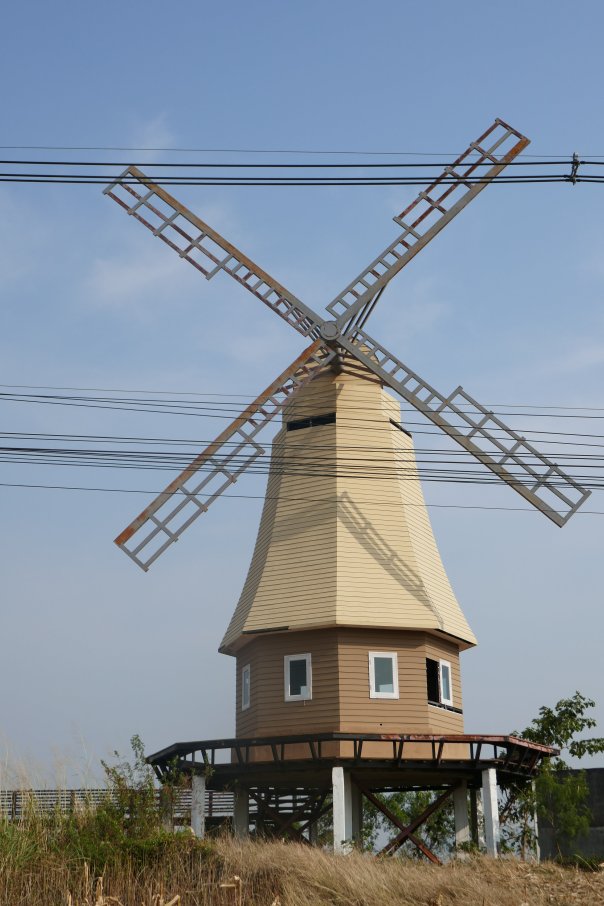 We stopped for a fizzy drink as the day started to heat up – not my favourite beverage normally but gives a boost of sugar and liquid as we turned to climb a range of hills. Off the well tarmacked main road we were on a bumpy potholed road reminiscent of many in India. 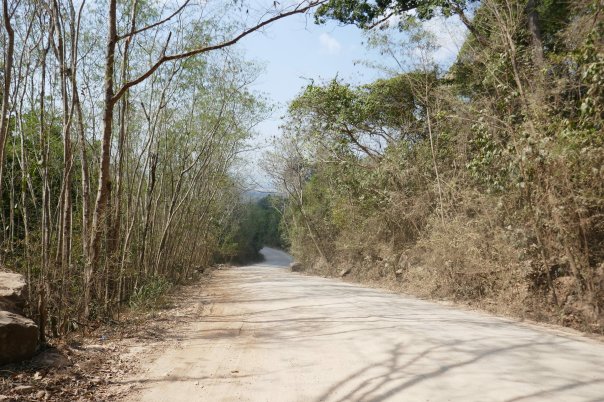 The climb was sharp – too sharp for us at 16% at its steepest, particularly on the poor road surface. We had to resort to pushing the bikes for a couple of short, steep sections. It was short but massively heart pumping and exhausting. We then cruised through a jungly section and by luck the road surface improved as we glided down a gradual descent the other side.

We cycled on through fairly non descript country, the highlight of which was our lunch stop (yes food is becoming a recurrent theme here) . A really tasty beef broth with a large handful of the most amazing basil which you pulled the leaves off and straight into the bowl with handful of bean shoots. Luckily the chilli flakes and chilli oil were separate condiments with which others liberally covered their meals but we declined and savoured the other subtle tastes.

Then a long flat, flat stretch. The sun was strong and it was hot. We are still adapting to the temperatures. Flat sounds good but the legs get mechanical and we were tiring. Just before the next town an elderly Canadian on an even older Harley-Davison motorbike flagged us down to chat. Within 30 seconds we had his life story; about how he had lived in Thailand for 30 years but the Canadian dollar was now worth half what it was and he couldn’t understand it as surely there is no functioning economy in Thailand (where has he been?!). All a bit of a bore but he did joke that we were travelling to escape Brexit – a common theme amongst anyone who knows we are from the UK. We just roll our eyes and say its all madness at home – which is about the only answer. However we soon managed to escape from this conversation as we soon rolled on.

A few km later we rolled into Pak Thong Chai – a modern town which was no doubt like many, many others in Thailand. It was only 2.30 but we had done over 90km and had been on the road since 7 and were hot and tired, so decided to call it a day, especially as we knew there was a hotel here.

We were soon booked in and cooling down and resting in the A/C. Later we strolled out but found there was little of note in the town – but to be fair it has no write up in the Guidebook and there is nothing other than its location noted in Wikipedia. We strongly suspected tourists were not a staple of the local economy.

However the plus side of a town only catering to locals was that there were a multitude of street food stalls. We then had to decide what to eat and settled for a ‘starter’ of seafood kebabs, followed by Pad Thai -the classic noodle dish of Thailand. We had been told that many Thai families do not have kitchens and so buy all their meals from cheap street stalls and markets. Obesity is just starting to become a problem as some of these are replaced with ‘fast food’; which is really just junk food compared to the traditional healthy diet. Let’s hope they can draw a halt to it before it escalates as it has done in so many other countries.